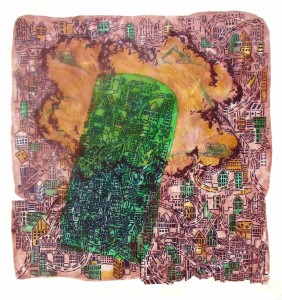 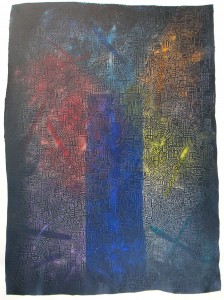 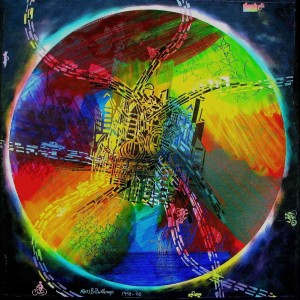 The City Limits theme has evolved over many years. I first became interested in small communities as I drove around British Columbia and realized that many diverse environments existed within quite a short distance of each other. Distinct communities, each with its own character, were formed in these areas.

My feelings changed as time passed and I saw that highways grew wider and the gas stations built in one town were the same as the gas stations built in another and I saw areas developed that would never have been considered viable projects earlier. A common pattern was beginning to take place that disregarded the topography of the landscape. The larger communities have the least interest in preserving the natural aspects of the lay of the land as their infrastructure projects are imposed in a very practical manner.

These pictures span two phases. The first group employs a common structure which is integrated into benign, floral, garden and landscape settings. The later work uses a larger, more complex stencil manipulated and distorted to explore the vulnerability of the structures that we build in the face of the dynamics of nature.